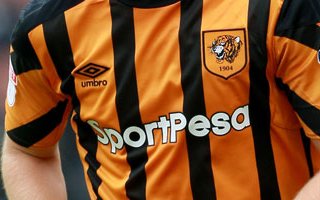 Markus Henriksen and Abel Hernandez have been speaking of the confidence boost that Hull City should take from the victory over Norwich City at the weekend.

Having opened the scoring at the KCOM Stadium, Nigel Adkins has already spoken of his delight at seeing the side continue to plug away even when we found ourselves three one down in the game, and as everyone knows we went on to win the match four three.

Speaking to the Official Site as he met with the media following the game, Henriksen said the players should certainly take a lot from the showing as we moved six points clear of the dropzone.

‘We started very well, exactly the way we wanted to start really with aggression and high pressure on Norwich. We got the early goal as well and after 15 minutes I thought we could have been three or four goals up. Then all of a sudden Norwich get two penalties and a soft goal and we`re 3-1 down. The goal back before half time was important and we felt at the break that we would go on to win the game because our performance had been good overall. It was great to go back out there and finally get a win and three points.’

With Ipswich Town up next on Tuesday evening, the aim will be to try and grow that gap on the dropzone even more if we can but Henriksen was quick to point out nobody would be complacent given the six points now.

‘Things turn very quickly in this league. Good performances and taking three points of course leads to confidence, so that is what we have to keep trying to deliver. Saturday was probably our best performance under the current manager. Because of how we were playing, our aggression and the way we were winning the ball back – even at 3-1 down we felt we were going to win. The crowd played their part in that, too, and it went our way in the end.’

As for Hernandez, having recovered from his long term injury he’s now scored three goals in two games and he’s hoping his form can help fire us to safety.

‘To be back on the pitch and scoring goals again is a fantastic feeling – one that I missed during my time out with the injury. From my perspective, I’m feeling good. I want to stay healthy and I want to keep scoring goals for the team. It`s been a difficult time. It`s been really difficult to sit and watch without being able to help my team-mates.’

Hernandez went on to add.

‘It`s not been a great situation for me but with the help of my family, friends and team-mates I`ve been able to get back. Now it`s good that I can be out there with them to hopefully help the Club with its objective of staying in this division. I’m confident we can achieve this goal because we have great players, a good manager and I think we have got everything we need to get out of trouble.’

Having struck twice from the penalty spot in the Norwich match, he said of the performance more specifically.

‘Obviously I was delighted with my two goals on Saturday, but it was more important to get the victory for the team. We started the game really well and were positive right from the off. It was disappointing to concede twice in quick succession and then go 3-1 down, but we bounced back in style and definitely deserved the win in my opinion. It was a big win and a big three points for us – something which we must now look to build on in our last ten games of the season.’